We are excited to announce these incredible LIVE auction items for Paella at the Ranch, which will be limited to a handful of premium lots. Get ready to bid generously, knowing the proceeds will go towards building the first Habitat for Humanity home in the Napa Valley! 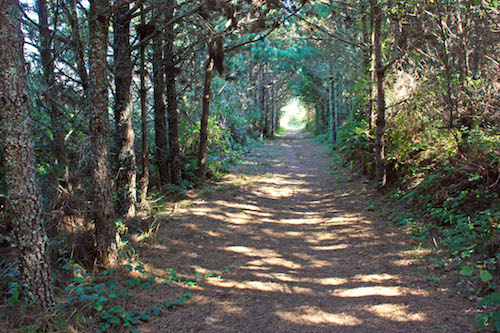 Doug has a passion for nature, history and adventure, and loves sharing his discoveries and adoration of the outdoors with others. Doug has been honored many times for his commitments to the community; he has the rare distinction of being an honorary ranger for both our National Park and State Park systems, was named Volunteer of the Year by the San Francisco Bay Trail Project, and Humanitarian of the Year by the Marin Humane Society.

As a fourth-generation Californian, Doug has explored his home state extensively both personally and professionally, and invites you to join him for an extraordinary adventure and picnic lunch along the open road. Just as he did with “Bay Area Backroads” – the longest-running television series in Bay Area broadcast history – and with his current “OpenRoad” show, this custom journey will spotlight crown jewels in the region and aims to inspire visitors to learn more and support the preservation of open space. 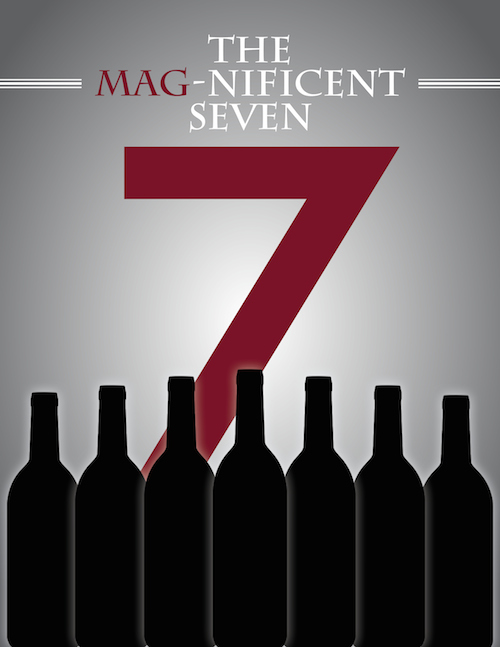 The ideal package for wine connoisseurs who are looking to expand their collections, this bundle of bountiful magnums is sure to please any aficionado. This is an impressive group of accomplished wineries and winemakers who only bottle Magnums for exceptional blends and vintages.

Head up the coast to Anderson Valley, a region in west Mendocino where the climate is tempered by cool marine air and rolling hills. Experience a “Stay and Cook” at the Philo Apple Farm, owned by Karen and Tim Bates, where good food and farming is a family affair, rich with stories and a history that involves the original French Laundry. Less formal than a cooking class and more hands-on than a demonstration, guests fall in love with preparing meals and get a taste of what it’s like to be a part of a working farm. After dinner, enjoy lively conversation with the hosts and wonderful Anderson Valley wines, and a fabulous night’s sleep in one of the cottages surrounded by apple orchards. Come away with recipes, new ideas, and inspiration. 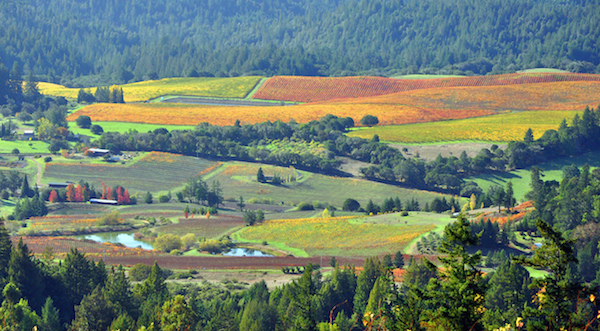 Also enjoy dinner and an overnight stay at the Boonville Hotel, owned by Karen Bates’ brother, Chef Johnny. This modern roadhouse encourages guests to “come sit by the fire, have a glass, and enjoy the changing season.” Dine at the hotel’s Table 128 restaurant, aptly serving family-style meals that are inspired by whim and season.

A trip to Anderson Valley wouldn’t be complete without wine tasting, including a stop at Goldeneye and a VIP Tour & Tasting at Husch Vineyards. At Goldeneye, the striking landscape of the Confluence Vineyard set amongst a backdrop of redwood trees provides the idyllic setting for an intimate wine-tasting experience. At Husch, the oldest winery in the region, their family tradition of farming in California dates back five generations and the wines are an extension of their farming heritage and the Mendocino terroir.

Your Anderson Valley escape ends full-circle in Healdsburg, where the gene for culinary arts did not fall far from the apple tree. On your way home, make a pit stop for lunch in Healdsburg at Shed restaurant where Culinary Director Perry Hoffman – Karen & Johnny’s nephew – showcases the links between responsible farming, ingredient-driven cooking, and flavorful food.

“Harlan Estate might be the single most profound red wine made not just in California, but in the world.” 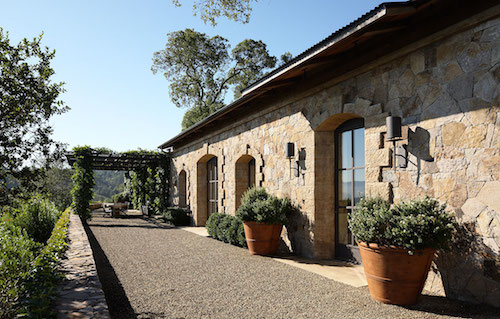 Take home a rare 2012 Harlan Estate Magnum, valued at $2,200, and plan your visit to the ultra exclusive Harlan Estate, founded in 1984 and set in the western hills of Oakville. Enjoy a private, VIP Tour & Tasting for 6 at one of the most prominent cult winery’s in the country, valued at $2,400.

“This transition zone between the wild terrain of the forest and the open plain of the valley is where we planted the vineyards, built the winery, and established our home,” said H. William Harlan. “This is the edge of the change, and where we experience the activities of nature the most. I think that much of the character of the wine comes from the fact that the vineyards are carved from—and next to—these wild lands, this forest, and these woodlands. It’s a good metaphor for life, as well as for our winegrowing philosophy.”

Bid generously this evening, and help make a real impact in our town, not just for one family, but for our entire community.